Introduction
Parties can utilise nominee services when they register a new company in Zimbabwe. In this a contractual arrangement is made between a nominee shareholder, director and the beneficial owner. At common law, it is permissible for the owner of shares to appoint an agent or nominee to act as an owner of shares or the director on the company registration documents. Zimbabwean statutory law also allows for this type of a contractual arrangement. This article will give a brief summary of nominee services.

What are nominee services?
Nominee services are a contractual arrangement between a nominee (Directors and shareholders) and beneficial owners (actual owners) of the company . Nominee services can be seen as an intermediary ownership and management tool, where people or legal entities are appointed as directors or shareholders. In this arrangement a nominee Director or shareholder appears on the incorporation documents of the company. The main reason a nominee is appointed is to keep the details of the actual beneficiary private. There are generally three types of nominees which is the nominee director, nominee shareholder and a nominee secretary. However, this article is going to discuss nominee directors and nominee shareholders.

Why enter into a nominee services arrangement?
Appointing a nominee shareholder and or directors has the advantage of keeping the details of the true owners and the management of the company private. This is so because the beneficial ownership register is not accessible to the public.
It is a statutory requirement to register a company with a resident director in Zimbabwe. Section 195(2) of the Companies and Other Business Entities Act posits that one of the company’s directors should be ordinarily resident in Zimbabwe. Thus in order to satisfy this legal requirement a nominee Director has to be appointed where the other directors are ordinarily resident in foreign countries.
The nominee is an agent of the beneficiary and only acts if it has been given an instruction. Hence, where a nominee has stolen or misappropriated shares registered in his name and transferred them without authority of the beneficial owner, the beneficial owner is entitled to vindicate the shares from a bonafide third party who purchased the shares from the nominee .
A nominee may be appointed where it is beneficial for the proposed business of the company for example if a nominee appointed is someone well known to possess good management skills or someone who is well-known in the industry you want to do business

What is a nominee Director?
In commercial practice, the term is applied to a person appointed as director of a company on the understanding that he will represent the interests of some other person or other group of persons . In some instances when an owner of the company wants to remain anonymous, then a nominee Director is appointed as the third party administrator of the company . The nominee Director manages the company’s affairs but does not perform these duties at his sole discretion, he/she acts upon instruction of the beneficial owner whom he is bound by the contractual arrangement. This contractual arrangement is governed by the articles of association of the company and in some cases by a contract between the parties. The appointment as nominee director comes with the responsibility to act with the standards of conduct expected from a director under the Act and common law.

Conclusion
Parties can enter into a contractual arrangement of nominee services for several reasons highlighted above. In this arrangement nominee directors and shareholders are appointed and they act as agents of the beneficial owner. 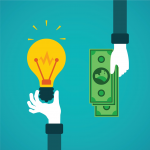